Previously home to one of the finest water parks in Britain, the National Botanic Garden of Wales in Carmarthenshire has received initial funding towards restoring its original Regency landscape. 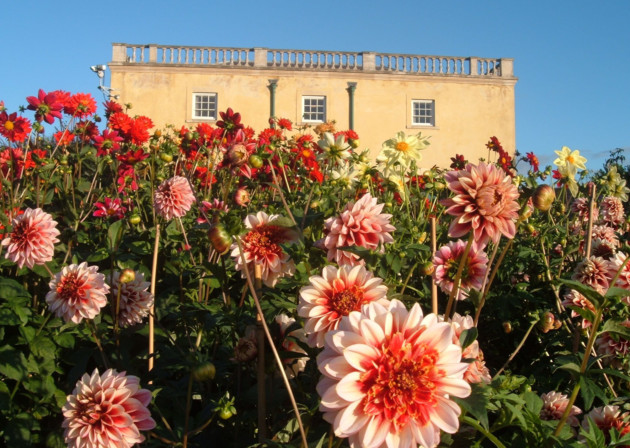 This £6.7 million restoration project will be the biggest project in the Garden’s history and aims to uncover the origins of Middleton Hall – the 568-acre estate that the Garden now occupies – and to tell the story of more than 250 years of East India Company influence that shaped the landscape of this part of Wales.

The Garden has received initial support from the Heritage Lottery Fund (HLF) with a pledge of more than £300,000 to develop its plans for the Regency Restoration project.

The scheme includes major archaeological work which will reveal the secrets of the estate from the time of Shakespeare and before, and see the restoration of the later Regency landscape that was one of the finest water parks in Britain. When completed, the Garden will once more feature the necklace of seven lakes, cascades, falls and weirs created more than 200 years ago and again boast the Regency planting scheme that formed the heart of its parkland.

Director of the National Botanic Garden, Dr Rosie Plummer said: “It is an ambitious project and the most significant undertaking since the Garden opened in 2000. It is one which will not only provide enduring value to this part of Wales but is also very much about honouring the original vision of William Wilkins and all the Garden’s founders.”