Explore the ghostly happenings at some of our historic houses 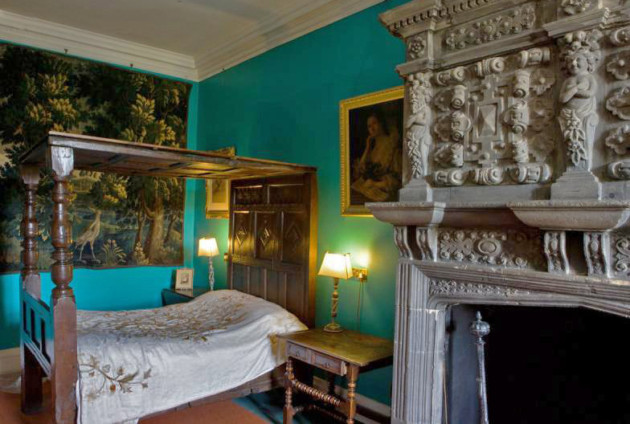 Many people visit historic houses for the breath-taking architecture, works of art or beautiful gardens. The Historic Houses Association (HHA) represents over 1,600 properties, many of which open their doors to allow the general public to do just that. However, the historic walls of many of our houses conceal dark pasts and bloody secrets; stories of murder, war, misbehaviour and sickness. It is therefore no surprise that tales of ghostly sightings are plentiful! 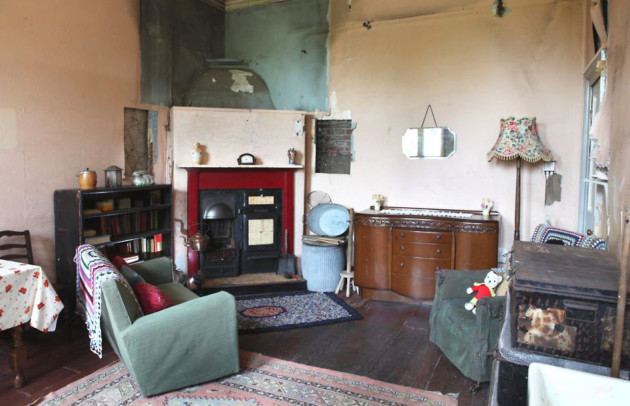 HHA properties are still lived in houses, often lived in by the most recent generation of the family that constructed the building. The current occupiers of these buildings often feel like they are sharing their quarters with the ghosts of their generations past; spirits that still roam their former bedrooms, kitchens and gardens. 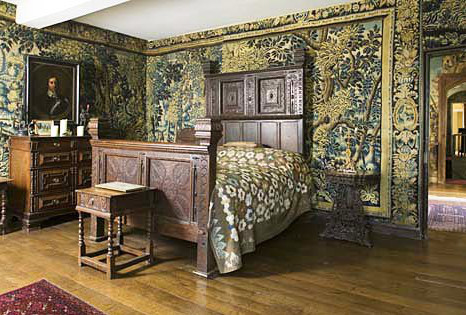 Muncaster Castle, a medieval residence in the Lake District, is often cited as one of Britain’s most haunted castles, so much so that they offer ghost sits and overnight ghost vigils for keen spirit hunters.

There are numerous tales of sightings at this 13th-century stronghold, mainly in the Tapestry Room which is no longer used as guest accommodation as so many people had disturbing nights while staying there. Many people have had eerily similar experiences while staying in the room, reports of hearing a small child crying, rattling doors and handles, power cuts and experiencing chest pains have all been common.

The most haunting story regarding the Tapestry Room occurred when the child of one of the Castle’s cleaners stayed in the room. Upon finding that a picture had been knocked over the child’s mother scolded her, only to be told that the little girl she had been playing with knocked it over while they were playing. The child began to speak about her “imaginary friend” named Susan rather frequently and this was eventually researched. It was found that the child of the Fourth Lord, Margaret Susan, died in the house in 1871 aged 11; the Tapestry Room had been her favourite room to play in.

Muncaster Castle is also home to a famous “White Lady” who has appeared to people on numerous occasions in the Castle gardens and on the main road outside. In the 19th-century a poor servant girl was murdered at the Castle and attempts were made to disguise it as a suicide. Papers note that repeated attempts were made to hide the body to little avail as she kept appearing. It seems that her spirit stalks the area due to the unrest she suffers. The White Lady is not the only past staff member who still wanders the Castle. A ghost with the name Tom Skelton was once the resident Jester. Not all fun and games however, Tom is said to have murdered a carpenter who misbehaved with his master’s daughter. Visitors to the Castle still report hearing sounds of ghostly footsteps and the thud of a body being dragged up stairs.

A different type of spirit is reported to appear at Kiplin Hall in North Yorkshire. Kiplin was used by both the army and RAF during the Second World War, and two rooms inside one of the flats used by the officers have been preserved as they were left. Numerous visitors have reported that they have felt a presence and smelt strong cigar and pipe smoke when in the room which was previously used as the kitchen.

These reports led to a team of paranormal investigators visiting the house in 2006, a hardy group of people who were very much used to be surrounded by spirits. The team were filming inside the rooms using infrared cameras when one of the members screamed loudly and quickly turned away from the screen. Once she had regained her composure she reported that as she turned and looked over her left shoulder, a man’s face was peering back at her through the lens. On another occasion a paranormal investigator saw two airmen arguing in the kitchen, while other men were sitting around and making tea. The investigator commented on a strong smell of pipe smoke and noted the name “Harris” being of significance, when records were checked it was found that an airman by the name of Harrison was living in that flat in 1944. The presence of men from days passed is also often felt in the old “Bachelor’s room” which is now the Hall’s Special Exhibition Room, one person reported that they saw an army officer standing by the fireplace. It seems that the officers felt comfortable enough to not leave the property, still calling it home 70 years later.

Further south at Chavenage House it is not sights of ghosts that have left visitors frightened, rather it is their actions. An exorcism had to be undertaken in the House by the current owner, with special attention paid to the room where Oliver Cromwell had slept when he stayed after the end of the Civil War. This room had caused visitors who had slept in it to wake in a cold sweat and with a feeling of absolute terror for no reason. Princess Marie Louise, one of Queen Victoria’s grandchildren, often visited Chavenage and in her memoirs she too wrote of the overwhelming panic and fear she had when passing Cromwell’s room. On other occasions people staying at Chavenage have awoken following nightmares in which a man was leaning over the bed, on each occasion the description of the man has been almost identical. The resident dogs were also known to growl and watch something in synch as it moved across the room. After the exorcism these occurrences stopped, apart from on the occasion that the BBC were using the bed in that room for filming and the actor who was lying in the bed turned bright white and had to leave the room due to feeling so unwell.

Stories of apparitions in our historic properties take many forms. Anecdotes of ghostly children, religious figures from times past, wandering soldiers, wailing former employees and even past owners giving tours to visiting guests are in abundance. Despite the fear that these supernatural spectres create, ghost tours, séances and night-time vigils are increasingly popular in historic houses so could it be that they are helping to keep their properties alive?

If you want to read about more of the HHA’s haunted houses, “Stately Ghosts: Haunting Tales from Britain’s Historic Houses”, published by Visit Britain in association with the HHA, is available on Amazon.