The biggest stars of stage and screen – including Benedict Cumberbatch, David Tennant and Dame Judi Dench – are all set to deploy their talents on the BBC to mark the 400th anniversary of the death of William Shakespeare on the small screen.

The nation is gearing up for an unprecedented year of celebration and the broadcaster has announced how its plans for the BBC Shakespeare Festival, which will honour the bard with exciting adaptations of some of the best-loved plays, among a wealth of other shows and events.

It will launch on 23 April with a live broadcast hosted by former Doctor Who and much-lauded Shakespearean actor David Tennant. Shakespeare Live! From The RSC will see the BBC and the Royal Shakespeare Company come together to celebrate our greatest writer’s enduring influence on all performance art forms – from opera to jazz, dance to musicals and will include appearances from Dame Judi Dench, ENO, Birmingham Royal Ballet and Joseph Fiennes, among others.

BBC One will show a dazzling new version of A Midsummer Night’s Dream by one of Britain’s greatest TV storytellers, Russell T Davies, with a stellar cast including Maxine Peake, Matt Lucas, Bernard Cribbins, Elaine Paige and Richard Wilson.

On BBC Two, The Hollow Crown: The Wars of the Roses presents three new adaptations – Henry VI (in two parts) and Richard III – starring Benedict Cumberbatch, Dame Judi Dench and many others and executive produced by Bond director Sam Mendes.

And there’s also much more to look forward to with many other productions across TV and radio, BBC Children’s and learning including an online ‘Shakespeare Lives’ festival.

If you can’t wait until April to see the new version of Shakespeare’s, we’ve gathered together the best Shakespeare film adaptations ever made to keep you occupied in the meantime.

Baz Luhrman’s modern-day adaptation starring Leonardo DiCaprio and Claire Danes represented the warring Montagues and the Capulets as mafia empires and street gangs. Despite being heavily abridged, it brought Shakespeare’s dialogue vividly to life for a modern audience and enjoys inspired casting and dazzling visual moments. 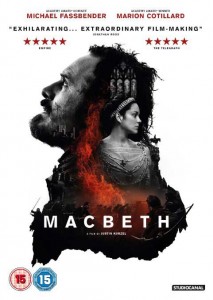 Directed by Justin Kurzel, filmed largely filmed on the Isle of Skye in Scotland and starring Michael Fassbender in the title role and Marion Cotillard as Lady Macbeth, this big budget movie Macbeth was highly praised.

Directed by Kenneth Branagh who also stars along with a host of screen favourites including Emma Thompson, Denzel Washington, Michael Keaton, Keanu Reeves and Kate Beckinsale. Dazzling word-play, charming performances and a stellar cast, this Much Ado has mass appeal and is not to be missed.

Again, adapted for the screen and directed by Kenneth Branagh, who also stars as Prince Hamlet, this was the first unabridged film version of the play, running just over four hours. Filmed at Blenheim Palace, Hamlet was highly acclaimed by critics and has been regarded as one of the best Shakespeare film adaptations ever made.

Directed by Oliver Parker and starring Laurence Fishburne as Othello and Kenneth Branagh as Iago. This is the first cinematic reproduction of Othello released by a major studio and is gritty and highly worthy watching. 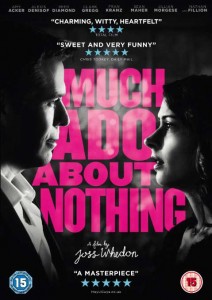 Directed by sci-fi writing and directing legend Joss Whedon, this modern-day version was filmed in black-and-white in the director’s own LA home which lends it a casual and airy fly-on-the-wall style that oozes charm.

Starring and directed by Sir Laurence Olivier, Winston Churchill instructed the acting legend to fashion the film as morale-boosting propaganda for British troops fighting the Second World War as the making and release of the film coincided with the Allied invasion of Normandy and push into France.

The film was directed and co-written by Franco Zeffirelli, and won Academy Awards for Best Cinematography and Best Costume Design; it was also nominated for Best Director and Best Picture, making it the last Shakespearean film to be nominated for Best Picture to date. It was also popular among teenagers partly because it was the first film to use actors who were close to the age of the characters from the original play. Directed by and starring Ralph Fiennes in his directorial debut, the film is set in a contemporary but alternate version of Rome, with riots in progress.