Pay a visit to this early 20th-century Arts and Crafts-style house in Birmingham to discover the property’s history. This small country estate was built in 1903 for John Nettlefold, a pioneer of town planning who implemented the same ideas used to create his own home within the less wealthy areas of Birmingham. Nettlefold lived at the property with his children and his wife, Margaret, who designed the property’s garden which later became Grade II-listed in 2008 after a period of restoration. The Nettlefold’s family life can now be better explored throughout the property along with the building’s Edwardian origins. Visitors can make their way upstairs to explore the nursery complete with authentic toys from the Edwardian era, including an antique rocking horse and a timeless china tea-set such as the Nettlefold children would have enjoyed playing with. The nurse’s bedroom is also open to the public, complete with period pieces of furniture and clothing giving visitors a better idea of how the family and their servants coexisted. 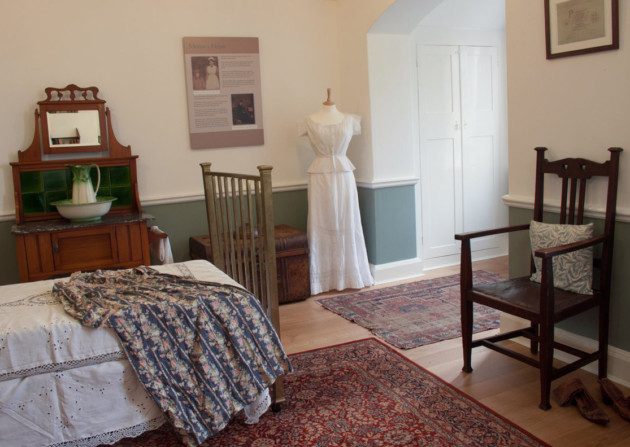 Although the property was created for the Nettlefolds, the fact that it is now open to the public is largely due to its last private owner, John Nicholson, who further developed the garden and who bequeathed the house and garden to the University of Birmingham after his death in 1944. The garden has now become the university’s Botanic Garden with new areas for plant conservation having been developed within the historic layout. Aside from its practical uses, the garden is also a major draw for visitors to the property who can explore the tranquil grounds as well as the fascinating interior of the house.