My observational skills have never been that good and while being handed a pair of binoculars is all very well, it only helps if you know which direction you’re supposed to be pointing them. Luckily I had Martin Kitching with me from Northern Experience Wildlife Tours, whose razor-sharp gaze zoned in on the slightest of flutters in the surrounding scrub and the mere flicker of a ripple on the lakes and reservoir of Kielder Water, and who was able to turn my attention to the wildlife that surrounded us. 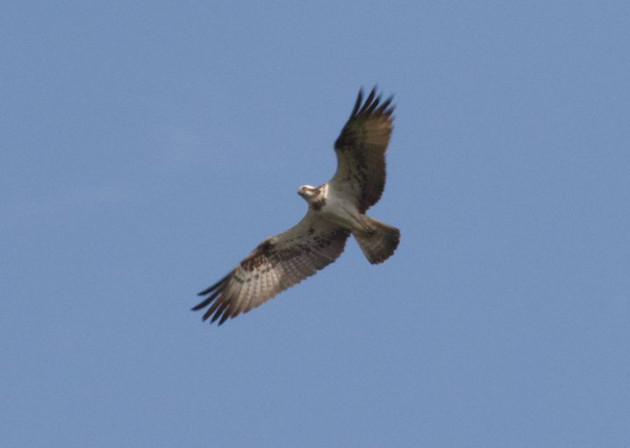 When it comes to wildlife, Kielder is known for its Super Six, the top six species most people are keen to see on their visits to the area. The six in question are ospreys, red squirrels, pipistrelle bats, roe deer, salmon and otters. There are plenty of events and organisations to help visitors track down the Super Six, whether you visit the Kielder Salmon Centre to find out more about the specie’s lifecycle, or pitch up to one of the area’s bat-watching events. Between April and May is the best time to spot ospreys and deer, but other members of the Super Six can be seen all year round, including otters and the species I had made it my aim for the day to spot; the red squirrel. I hadn’t seen one of these endearing creatures since my youth which is probably due to the fact that they are practically nonexistent in the wild across much of the UK as they’ve struggled to compete with the population of grey squirrels that were introduced to the UK in the 19th century. However, one of the red squirrels’ last remaining strongholds is in Northumberland where around 50 per cent of the country’s population reside.

“There’s a good chance you’ll get to see the squirrels later on,” Martin said, as we set off on our tour of the area. A road warning sign emblazoned with the outline of a hunkered squirrel suggested we were headed in the right direction.

Martin leads tours that cover miles through the forest and across the sparse, undulating landscape that surrounds it. The forest seems to crop up from nowhere compared to the surrounding countryside and Martin explained that this is because the area is completely manmade. Not only has the reservoir changed the surrounding landscape but the forest itself is a manmade entity that was introduced to the area to generate timber for pit props in the mines prior to the Second World War.

Kielder Water and Forest Park is home to the biggest man-made lake in Northern Europe and the largest working forest in England, covering 250 square miles with the Forestry Commission planting three and a half million trees each spring to replace the ones that have been cut down. The dam was officially opened by H.M. the Queen on 26 May 1982 and although the interference of man when it comes to the area’s landscape is controversial, the local wildlife don’t seem to mind too much, with otters swimming in the reservoir, deer in the surrounding fields and birds nesting among the trees.

Although the dense, surrounding forest meant that we couldn’t always spot the wildlife hidden within it, it did mean that our journey through the area was accompanied by a soundtrack of birdsong with Martin taking time to identify different species by their solo additions to the chorus.

We saw plenty of birdlife away from the more densely forested areas, including fieldfares, lapwings, redwings, goosanders and goldeneyes. There’s also a healthy population of mandarin ducks that have made themselves at home on the North Tyne. “The only reason that we have the mandarin ducks here is because they escaped from a local farm and have continued to breed in the wild!” Martin explained. “They’re fantastic-looking birds and they’ve established themselves really well in the area.”

Although not on the Super Six list, goshawks can also be seen around Kielder, if you know where to look. “Goshawks often nest around that fire tower,” Martin said, pointing to the structure in the distance just above the line of the treetops as we made our way along Kielder Forest Dive. “The males will fly high overhead so that they’re only a dot, even through binoculars, but if you watch out for buzzards lower down you’ll probably get to see the goshawks swooping down for their prey.”

A range of hides have also been set up around the area to help visitors up their odds of spotting the local wildlife. It was within one of these hides at the Leaplish Waterside Park, that we stood one of the best chances of spotting a red squirrel. Sitting in hushed silence inside the wooden structure, we waited and watched as the area in front of the hide was a-flutter with a range of small garden birds, such as blue tits and goldfinches, darting back and forth from the feeders that dangled from the surrounding trees. Suddenly the birds took flight and emptied the scene in front of us.

“Either someone else is coming into the hide or there’s a red squirrel about to come and raid the feeders.” Martin whispered. No one else came into the hide, but there was no sign of squirrels either.

Despite patiently waiting to spot them, the squirrels remained elusive and failed to make an appearance, perhaps an indication of their low numbers in the wild or perhaps we were just unlucky. Although we didn’t get to see any red squirrels, I thoroughly enjoyed strolling through the stunning landscape and, with Martin’s help, encountering the wide range of the other wildlife that call it home.

A Natural History of the Hedgerow