A French-style chateau is probably not what you expect to find down a quiet country lane in the middle of north east England. But there, nestling on a road leading out of the market town of Barnard Castle, is a building with a royal connection that is home to one of the country’s most intriguing museums, and a nationally-renowned art collection. 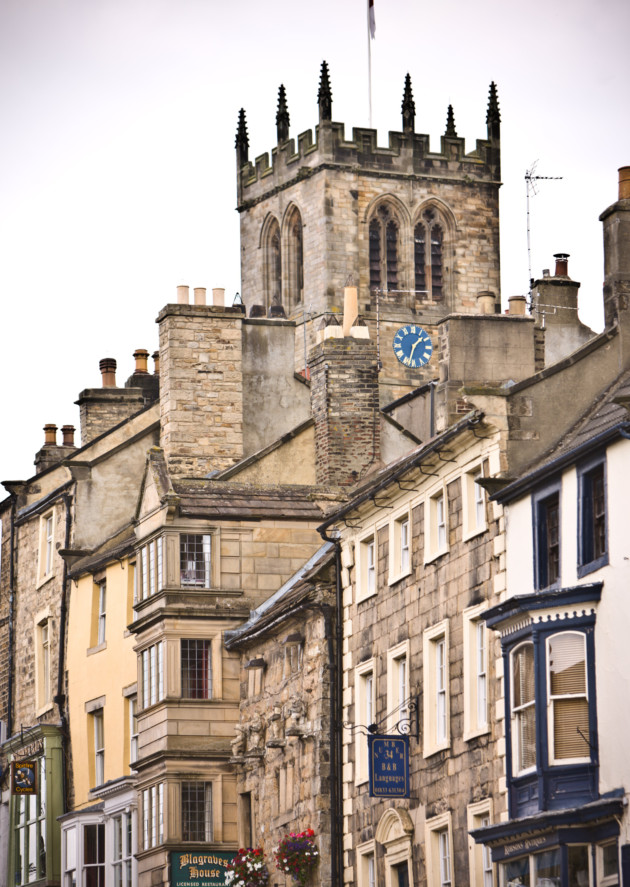 This monument to 19th-century philanthropy is the Bowes Museum, built to house an assembly of objects from paintings to porcelain brought together by one of the true characters of Victorian-era collecting. The museum, recently enhanced by the addition of new galleries, is just one of many highlights in the Durham Dales, a picturesque antidote to the industrial image more usually associated with this part of the world and often unfairly overlooked by visitors, sandwiched as it is between the two national parks of the Yorkshire Dales and Northumberland. As well as Barnard Castle, an attractive town of bustling antique shops, a Charles Dickens connection and the castle that gives it its name, the Dales also boasts the spectacular High Force waterfall and the medieval Raby Castle, and of course the North Pennines themselves, designated an Area of Outstanding Natural Beauty. The Bowes Museum would seem more at home in the Loire Valley than a hop and a skip from the Tees and it is true it has not always been universally admired: the famed architectural historian Nikolaus Pevsner, for example, described it as “incongruous” and “gloriously inappropriate” for its setting. 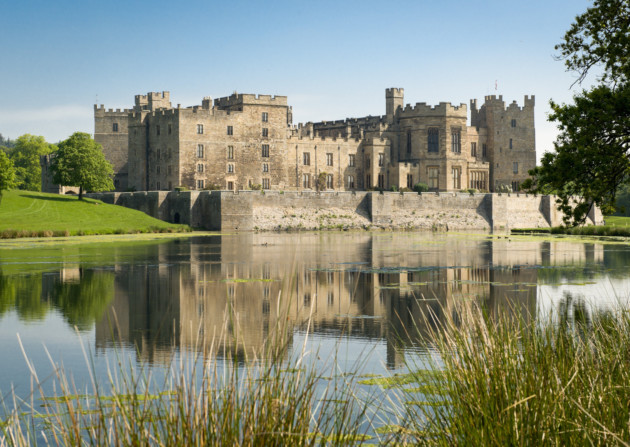 But whatever its architectural merits, there is no doubting the importance of the collection housed within its walls. Seemingly eclectic, it in fact linked by a common thread: the passion for European fine and decorative arts from the 14th to 19th centuries on the part of its original patrons, John and Josephine Bowes.

Sadly, both John and Josephine were both to die before the museum opened, but by then they had amassed an astonishing 15,000 objects, bought over a prolific 12-year period visiting the exhibitions, auction houses and private dealers of continental Europe. Although it has been added to since, at its core the collection bears the hallmarks of Josephine’s own passions. Landscape painting was a particular love, but it did not stop there, according to Howard Coutts, the museum’s keeper of ceramics. “She was clearly very keen on ceramics and bought about 5,000 examples, all of good quality, and she seems to have known what she was buying,” he says. “But her taste was hugely wide-ranging, including textiles, metalwork, furniture and paintings. She has grand ambitions and there was nothing she didn’t dip into.”

Dr Coutts has his own theory about the genesis of the museum. “We have lots of marble figures of sleeping children and that maybe meant something to Josephine personally,” he says. “In the absence of being able to have children, perhaps the museum and the objects were her children.”

The most internationally significant part of the collection is undoubtedly the paintings, featuring works by Goya, El Greco and Canaletto, among others. A previously unknown portrait by Anthony van Dyck, previously thought to be a copy and languishing in the museum’s storerooms, was identified last year after being spotted on the internet.

But if the paintings are the most well-known, there are plenty of other highlights in the collection, which ranges from glassware to furniture, costumes to tapestries. Perhaps best-loved is the Silver Swan, there is one of the country’s best assemblies of 18th-century ceramics, including Delftware and faience, as well as Sevres and Chantilly porcelain.

The museum has also recently completed a seven-year, £12 million programme of improvements, involving creating a new fashion and textile, galleries devoted to English interiors from 1500-1900, and a silver and metals gallery, allowing many items previously in storage to go on display. The project also saw landscaping work to the museum’s 22 acre grounds and improved visitor facilities.

As well as its collection, the Bowes Museum can also lay claim to a royal connection. John Bowes was related to the family of the late Queen Mother, formerly Elizabeth Bowes-Lyon, who visited the area many times as a child and was patron of the museum until her death in 2002.

But the museum is far from the only thing of historic interest to bring visitors to the Durham Dales. Barnard Castle takes its name from a 12th-century castle the remains of which still overlook the town.

Built by Bernard de Balliol, whose descendants include the Scottish king John de Balliol and the founder of Balliol College, Oxford, it occupies a prominent position perched on a rock above the Tees. In the 15th century, it came into the hands of Richard Neville, Earl of Warwick, known as the Kingmaker for his role in the Wars of the Roses, and then to Richard III, whose boar emblem is carved above a window in the inner ward.

The castle played a prominent role in the Rising of the North against Elizabeth I in 1569, when 5,000 rebels besieged a loyalist force taking shelter within its walls. The loyalists surrendered but following the failure of the rising, it was seized by the crown and finally abandoned in the 17th century and much of its stone plundered. The remains are now in the care of English Heritage.

Skipping forward a few centuries, Charles Dickens stayed at the King’s Head in Barnard Castle when he came north to research his third novel in 1838. His visit is marked by a commemorative plaque, and across the road another plaque marks the site of Humphreys’ Clock Makers, made famous – albeit without the final ‘s’ – in Dickens’ short-story Master Humphrey’s Clock. The clock itself is in the Bowes Museum.

But it was in a nearby village that Dickens found inspiration for one of his most notorious creations – and one of literature’s most reviled villains. Keen to expose the inhuman conditions in schools, Dickens is said to have based the character of Wackford Squeers, tyrannical headmaster of Dotheboys Hall in Nicholas Nickleby, on William Shaw, of Shaw’s Academy in Bowes.

Although fear of libel meant Dickens always denied the connection, Shaw had been prosecuted after eight boys in his care had gone blind through neglect and insanitary conditions. As well as sharing initials and profession, the two both wore a patch over one eye.

Following Nicholas Nickleby’s publication, the academy was forced to close and Shaw was disgraced. The school has now been converted into flats, and in acknowledgement of the connection has been renamed Dotheboys Hall.

Upstream from Barnard Castle lies the mighty High Force waterfall, where the river Tees comes crashing over a sheer drop to plunge 21 metres into a pool, a scene sketched by Turner in 1816. A well-maintained path takes visitors the third of a mile from a car park by the roadside to the waterfall.

The Dales, comprising Teesdale and Weardale, are sparsely populated, an expanse of exposed moorlands, hills dotted with dry-stone walls and steep valleys that together comprise the Durham section of the North Pennines. As well as the Tees, the rivers Wear and Derwent also rise in the Dales, the latter forming County Durham’s northern border as it heads towards the North Sea.

Settlements are few and far between. The market towns of Stanhope, Middleton-in-Teesdale and Wolsingham, as well as Barnard Castle, are the main centres of population, interspersed with small but attractive villages of with cottages built with the local limestone.

The other side of Barnard Castle is Raby Castle, one of England’s finest medieval castles. Set in a 200-acre deer park, the 14th-century castle was held by the Nevilles, also spelt Nevills, at one time one of the most powerful families in the kingdom. Among the family’s illustrious members were Ralph, created Earl Richmond and Earl Marshal of England by Henry IV, and his daughter Cicely, mother of both Edward IV and Richard III and grandmother to Henry VI’s bride Elizabeth of York.

The Neville’s ownership came to an end after the Rising of the North, when, along with Barnard Castle, it was forfeited to the crown. It was later sold to Sir Henry Vane, whose son played a prominent role in the Civil War and was executed on the Restoration of Charles II. Raby is still in the hands of the Vane family, with the lord of the manor given the title of Lord Barnard in 1698.

The castle itself features mediaeval towers, turrets and walls, with a five-sided tower the only one of its kind in England and one of only two in Europe. It was surrounded by a moat until the water was drained in the 18th century. Although the public rooms are largely 18th and 19th century, the Barons’ Hall retains medieval features, including a minstrels’ gallery. The art collection features work by Sir Joshua Reynolds and Anthony Van Dyck, among others.

With such a wealth of historic attractions, it is surprising that the Durham Dales are not better known, but there is little doubt that they make it a hidden gem well worth discovering.

What are UNESCO World Heritage sites? And where can you find them in Britain?