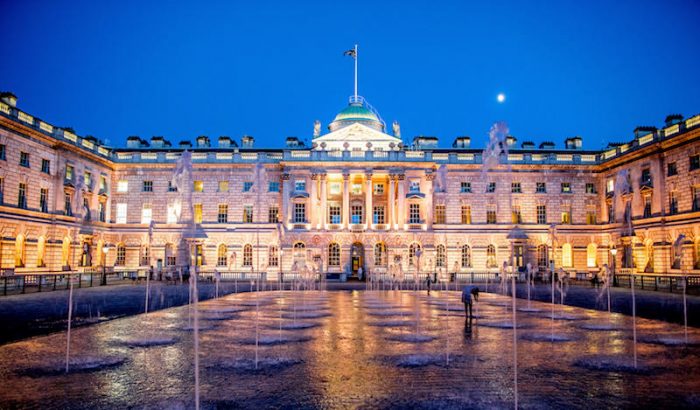 A cultural venue once shaped by the royalty living there

These days, when someone mentions Somerset House, you might think of the ice-skating rink laid on here during winter months, or where much of London Fashion Week takes place, or of the many exhibitions staged here each year. With so many contemporary events taking place, it’s all too easy to forget that this vast building, sandwiched between the Strand and the River Thames, is steeped in history and one of London’s most prized heritage sites.

While the building we see today dates back to 1776, there were several previous incarnations. Construction for the original house was begun in 1547 by Edward Seymour, Lord Protector and Duke of Somerset. However, before his fancy new home could be completed, he was executed (his attempts to ease the authoritarian rule of King Henry VIII did not go down well) and the semi-built Somerset House was passed over to the Crown.

Over the following century, Somerset House was home to Princess Elizabeth prior to her coronation, Anne of Denmark (the Queen consort who changed the venue’s name to Denmark House), and Charles I, whose French wife Henrietta Maria carried out major renovations including the installation of a lavish new Roman Catholic chapel. Completed in 1636, the chapel in particular was a bold move, as the country was almost entirely Protestant at that time. The queen even buried her Catholic staff in this chapel and their tombs remain beneath the Edmond J Safra Fountain Court – the water feature in the courtyard. 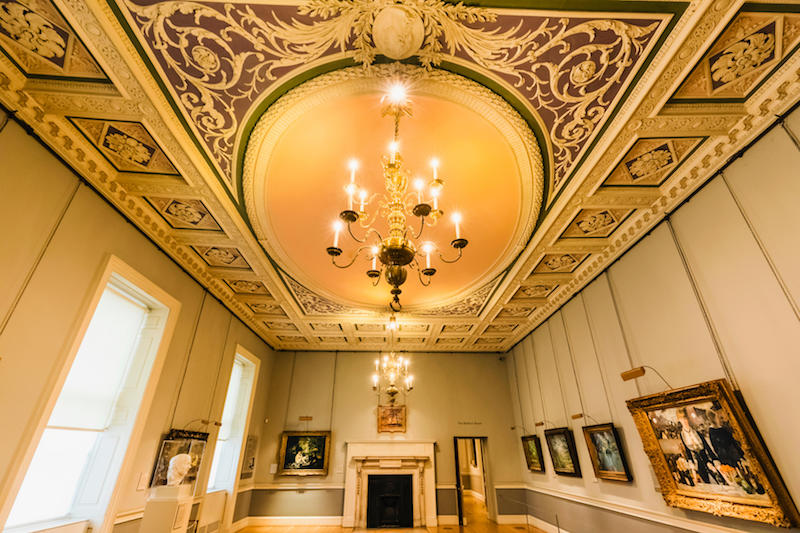 In 1666 Denmark House was spared from destruction during the Great Fire of London, which had engulfed and annihilated most of the city. Some 20 years later, architect Sir Christopher Wren began to work on more renovations and, in the century that followed, the building was used for little more than stables, apartments and storage.

The neglect had left Denmark House in a rather sorry state and it was demolished in 1775 as its replacement began in earnest. This new Somerset House by William Chambers became home to many prestigious societies, academies and offices – most notably the Royal Academy of Arts, which has since relocated to Piccadilly.

Somerset House has endured much change and flux – it was even bombed during the Second World War – but its position as a key part of the capital’s heritage has barely wavered.