Beluga whale skull, part of the Science and Technology collections

The National Museum of Scotland plans to have 10 new galleries in place by 2016. The new galleries will explore the impact of scientific discovery and invention as well as creative subjects, including applied arts, fashion and design and will allow more items in the museum’s collection to go on permanent display. 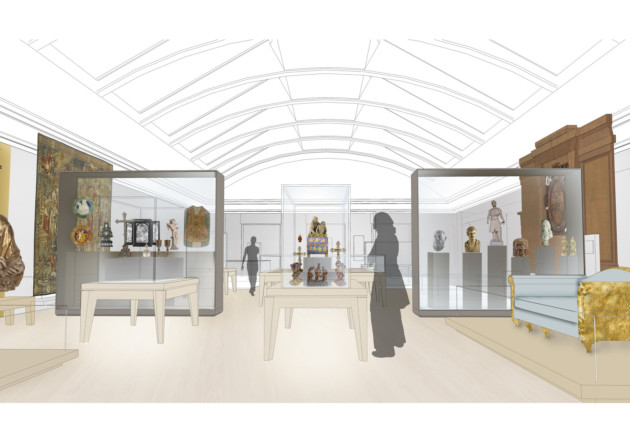 The new galleries mark the third stage of the museum’s £80 million plans to restore the Victorian building to its former glory and make more of the museum’s treasures accessible to the public.

Six Wedgwood plates designed by Sir Eduardo Paolozzi, an early camera by William Henry Fox Talbot, the father of photography, and a collection of Scottish silver are just a few of the items which will be displayed in the new galleries.

Two further galleries are also planned to house the museum’s ancient Egyptian and East Asian collections which are scheduled to be completed by 2018.

The museum will remain open throughout the redevelopment, although a few of its existing galleries will be closed to the public. To find out more, visit www.nms.ac.uk

Hidden Edinburgh: the lesser known highlights of the Scottish capital