In a hidden corner of Cornwall, the Lost Gardens of Heligan are blessed with a sub-tropical climate and a spectacle of plant life rarely seen in Britain. Behind the gates of this intriguing estate at Pentewan, some 200 acres wait to be explored. 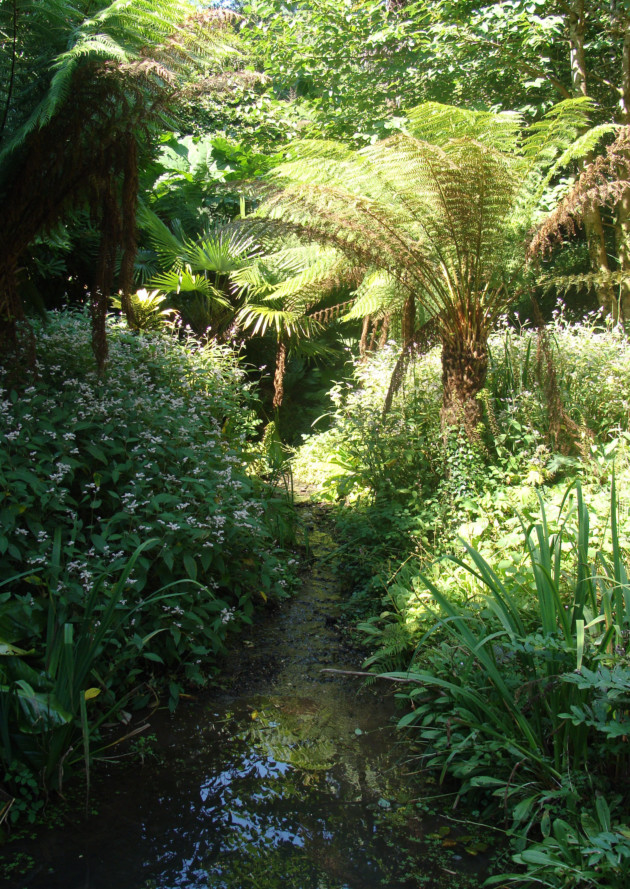 It’s a jungle out there

Formal gardens burst with seasonal colour; a walled garden houses wide varieties of fruit and vegetables; woodland walks allow the visitor to stray from the crowds; and swathes of lush tropical planting tower above ponds teeming with life. The gardens show just what can be achieved in the region’s famously temperate climate when given the right amount of care and attention. 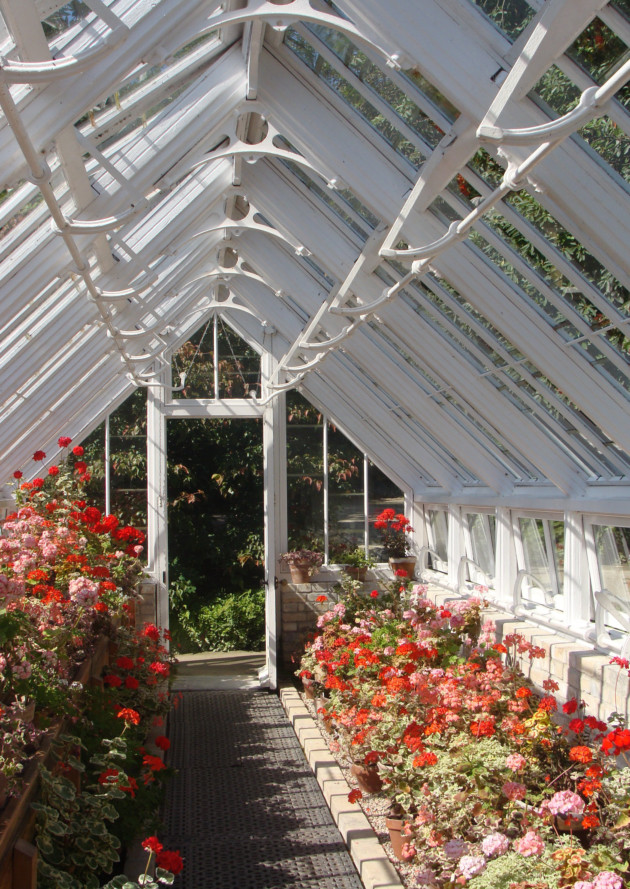 One of many greenhouses…

For 400 years Heligan had been home to the wealthy Tremayne family. Arriving in the region in the 16th century, each generation rose through the social ranks, a result of wise marriage and successful ventures in the local china clay industry. In the late 19th century John Tremayne elevated his family’s position further by developing his house and garden to rival all but the most prestigious. With a natural talent for design, he constructed a framework of planting that surrounded his manor house. Many species introduced were new to the UK, their seeds donated by renowned Victorian plant hunters fresh from their travels. Successfully transferred to the fertile Cornish soil, a number of those extraordinary plants now flourish in maturity. 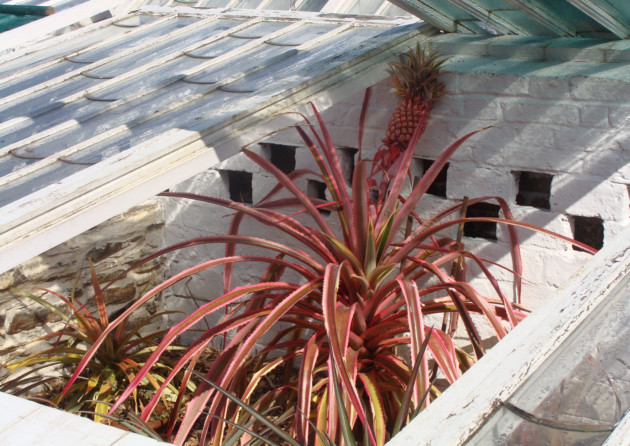 There’s life inside the pineapple pit

Images of the estate in its private heyday suggest halcyon days for a family with little to want for and its grounds allowed the household self-sufficiency. Crops were grown in the vegetable plot; fruit – among them peaches, lemons and melons – ripened in various greenhouses and the estate’s cattle provided meat and dairy products. The estate had its own well water (and pump system to control the supply), and honey from its many hives. Those dining in the garden’s restaurant today can enjoy produce direct from the same plot. Yet for all the efforts that went into creating this haven it was to suffer a devastating blow when a number of the team who had so efficiently maintained it for more than a decade were killed in the First World War. 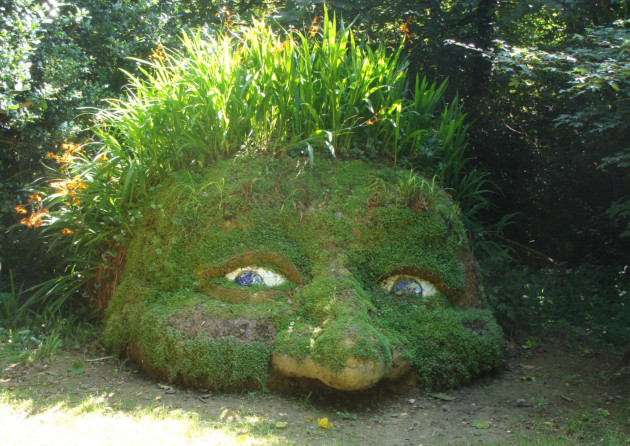 Much more than a long-time family home the Tremayne mansion also functioned as a convalescent hospital for First World War officers. Pictures of those days show veterans taking tea on the lawns and relaxing on a nearby beach. The few battle-worn survivors from the gardening team eventually returned to their posts, able to read the names they had signed for posterity on an outbuilding wall back in August 1914. “After the First World War John Tremayne decided that he couldn’t remain at the property following the losses of his employees and left to live in Italy in 1923,” Heligan guide Peter Lavis explains. “We can trace the initial decline of the garden back to that moment in time and are now researching the stories of the few who did return. So far we’ve uncovered that of 10 of the 24 gardeners who were here at the beginning of the war.” Decades later Heligan was to have a further role to play on the Home Front. During the Second World War American troops were based at the property for six weeks to train for D-Day on local beaches. Heligan’s researchers are following this story up with the American army to see if their records can help trace anybody with connections. “If we could find even one serviceman who was stationed here during that period who could share their memories it would be wonderful,” adds Peter. 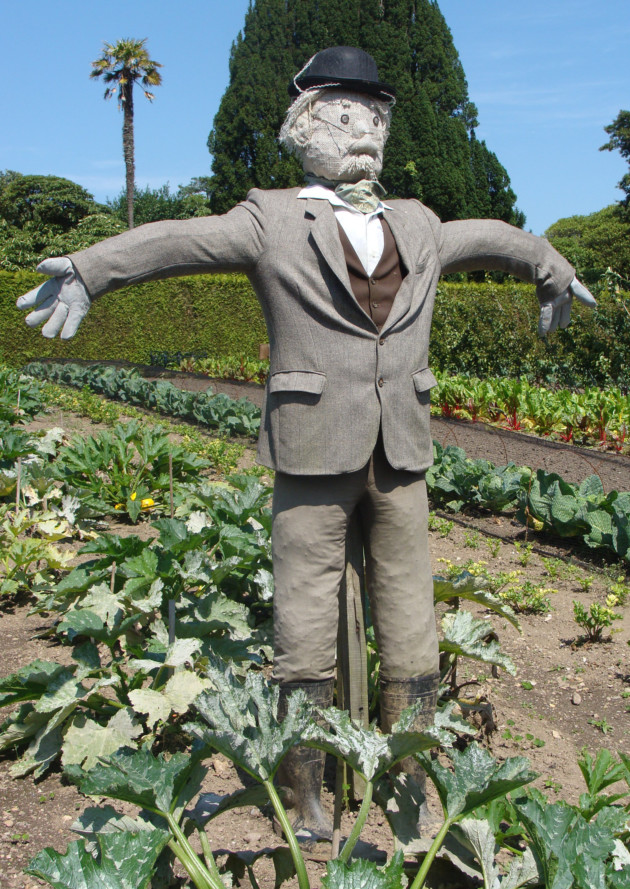 Future family members could not afford the upkeep of the estate, and the house was eventually divided up into flats in the 1970s while much of the grounds were left, eventually falling into complete wilderness. Discovered in 1990 following 75 years of neglect, this ‘sleeping beauty’ was awoken by chance when the estate’s inheritor John Willis invited entrepreneur Timothy Smit (of Eden Project fame) on a tour of the grounds to seek his advice about development. Owing to a lack of interest and funds the forgotten gardens had been near decimated by the storm that had hit the region that winter, leaving little for the imagination. Yet the chance finding of the names of the First World War gardeners etched on a crumbling wall stirred Smit’s curiosity. Taking the role as Heligan champion he led a band of stalwart enthusiasts determined to return the estate to its Victorian former glory, as a living memorial to the fallen. Four distinct areas comprising the delightful walled areas of the Northern Gardens, the intriguing tropical Jungle, a dedicated nature-watching site and the ancient wilderness of the Wider Estate’s pastures, woodland and wetland, were steadily restored. 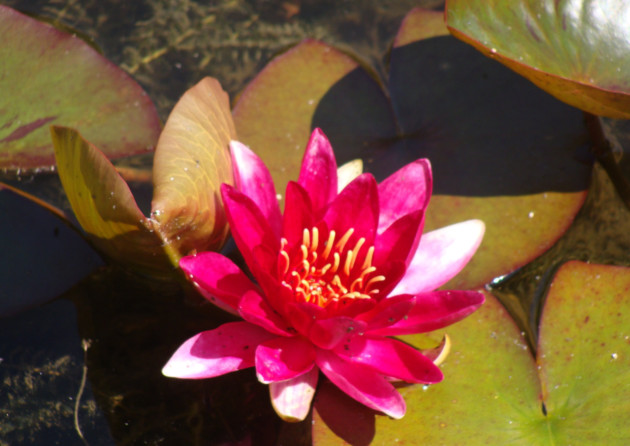 Whatever the season or area of the garden, there’s a reward

Restoring this life affirming garden relied equally on the history books and local knowledge and while its Victorian heritage has been authentically recreated, modern techniques ensure planting is in optimum health. At the start of the project there was little money to fund its progress so volunteers set to work. Publicity followed in 1991 when a Channel 4 programme highlighted the ambitious plans and from then on interest swelled and donations helped Heligan attain its first visitor centre (a former goat shed) where visitors queued to pay their £2.40 entrance fee. In those days the project relied on those who could give their knowledge and/or time for free. A former director of RHS Wisley, Philip McMillan Browse kindly offered his suggestions in plant identification and care while the Tremayne descendants supplied property records, and older generations in the neighbourhood lent their memories. A tithe map dated 1839 provided the canvas for volunteers to work towards in clearing pathways, drainage systems, restoring walled pockets of garden and outbuildings. 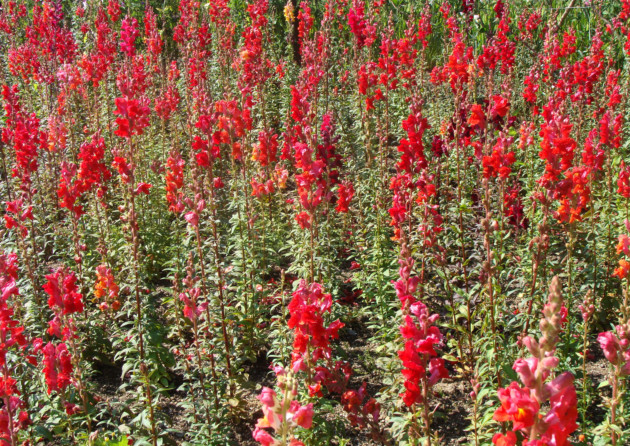 A riot of colour and scent… Photo: Heligan

Now the potting sheds and Head Gardener’s Office have been dressed to appear as they did in Victorian times, with tools well oiled on the benches, organised rows of terracotta and dried flowers hanging aloft. There are buildings dedicated to mushroom cultivation and fruit storage, and glasshouses with burgeoning melon and cucumber crops, originally heated throughout the cold months by the Britannia boiler, which can be seen in a time-worn condition in the Head Gardener’s Office. The specially designed Pineapple Pit is still used to grow the garden’s most exotic item – the smooth cayenne variety is so precious to the estate that it is consumed by employees and royalty only. “So labour intensive is the process of growing the pineapple using traditional methods that it has become the most expensive fruit in the world,” states James Stephen, Heligan’s Marketing Manager. “We worked out that just one costs £10,000 to grow! It may not be economically viable but we want to stay true to heritage planting. For the Tremayne family it was the ultimate showpiece, symbolic of status and power.” 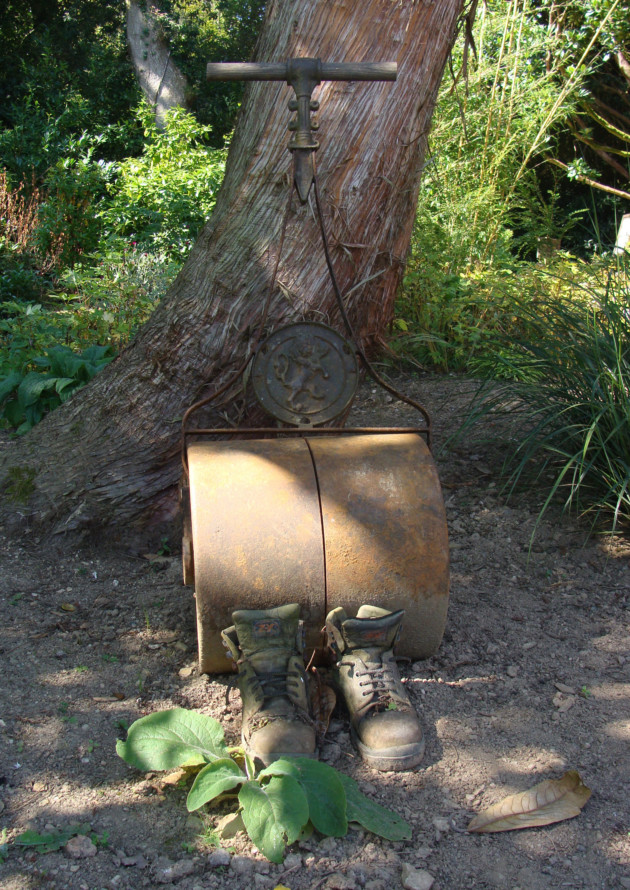 Some of the old methods are still employed

Among the oldest survivors in the gardens are 70 veteran camellias and 350 rhododendrons, some of which date to 1850, forming a National Collection. “The Cornish Red variety is getting on for 160 years old,” explains Peter, pointing out an area engulfed by the plant. Benefiting from an extraordinary sub tropical climate owing to drifts of warm Gulf Stream air from the Caribbean, more surprising exotic species can be seen flourishing across this pocket of Cornwall. “In our Jungle garden the temperature is 5ºC warmer at the height of the season than anywhere else here, and it is home to some unusual plants,” he adds. Here, palm, bamboo, tree fern and giant rhubarb dwarf the visitor alongside banana plant and splays of rhododendron. Still waters of four lily bedecked ponds could in effect hide crocodiles, but instead kingfishers dib for stickleback and otters gambol leaving telltale claw marks and fish scales in their wake.

Wildlife is actively encouraged across the estate. Barn owls, woodpecker and reed bunting have made Heligan a regular home and a wildlife interpretation centre explains what can be seen where and has a double purpose as a static hide, where views reveal a hive of activity over the water. “The wildlife team maintain our interactive project, allowing visitors to follow the behaviour of various creatures through live webcams and guided activities,” explains James.

For all its beauty and productivity, Heligan is a high-maintenance garden. Food production during 2012 has been less than usual owing to bad weather and a plague of pests, aspects that not all visitors may consider while they take notes for their own plots.

One visit is hardly enough to absorb all that Heligan has to offer. Those with limited time are advised to head to the Northern Gardens which illustrate how the estate was run historically, from the intensively cultivated plot with over 200 varieties of fruit, vegetable, salad and herb, to the neighbouring Italian Garden with its neat lily pond and seating area. The next stop should be to the chaotic Jungle for a complete contrast. Across Heligan there is colour and spectacle, scent drifting on the breeze, produce budding or ripening. Visitors return here to potter among the flowerbeds, sip tea in the cafés, stroll through pockets of ancient woodland or just soak up the tranquil atmosphere that lingers long in the memory.