William Shakespeare’s grand family home in Stratford-upon-Avon was razed in 1702. Now the site of Shakespeare’s New Place, his last home, is set to become a major new landmark attraction, thanks to a confirmed grant of £1,815,400 from the Heritage Lottery Fund. 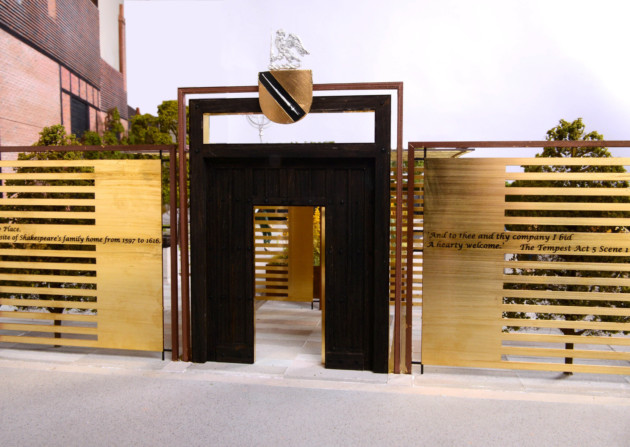 The Shakespeare Birthplace Trust aims to re-imagine the internationally significant site, creating a place where visitors can discover the story of Shakespeare at the height of his success as a writer and prominent citizen of his home town. The project will also be a catalyst for involving the communities of Stratford and the wider Midlands region with the world-famous heritage on their doorstep through new volunteering and education programmes. 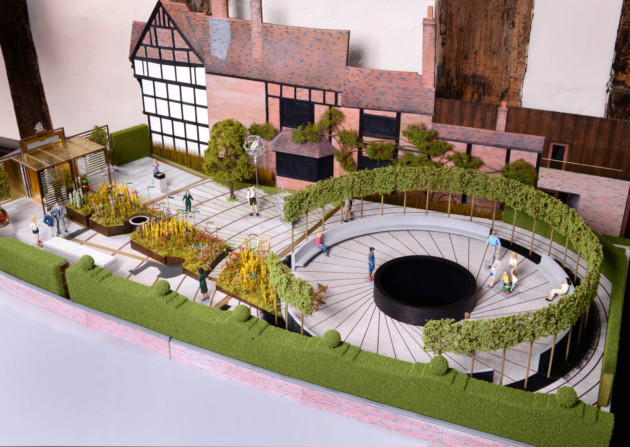 Work is due to start in March 2015, and Shakespeare’s New Place is scheduled to open for the 400th anniversary of Shakespeare’s death on 23 April 2016. The Shakespeare Birthplace Trust will now also seek matching funds to support the £5.25m project.

– Visitors will be invited to walk in Shakespeare’s footsteps through a new entrance on the footprint of his original gatehouse.

– Contemporary landscape treatment will echo the original house, giving visitors an impression of its scale and its relationship to the surrounding buildings, such as the neighbouring school and Guild Chapel once attended by Shakespeare.

– A deep, illuminated pool is planned to mark the heart of the site where the family’s living quarters once stood, surrounded by paths engraved with Shakespeare’s plays.

– Commissioned artworks and displays throughout the site will evoke a sense of family life and Shakespeare’s major works written during the 19 years he owned New Place.

The project will also see further works to the neighbouring Nash’s House, sunken Knot Garden, and Great Garden, and free access to the Great Garden for Stratford-upon-Avon residents and workers will be reinstated once New Place re-opens.

Reyahn King, Head of the Heritage Lottery Fund for the West Midlands, said, “With the 400th anniversary approaching next year, now is the time when Shakespeare appears more vividly in our hearts and imaginations than ever before. This exciting project at New Place, which ‘re-imagines’ his life and last home, will ensure we keep on telling Shakespeare’s stories to visitors and future generations.”