Recently opened to the public, Walpole Park in Ealing is part of the major restoration of Sir John Soane’s Grade I listed historic country home Pitzhanger Manor & Gallery, on the northeast side of the park. 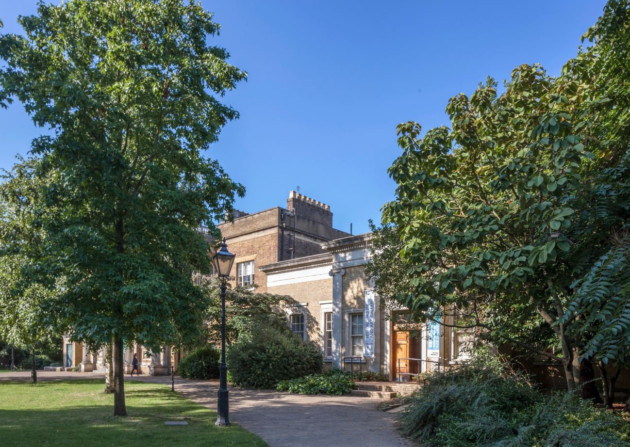 Pitzhanger Manor and its gardens were conceived as a country idyll, an architectural showcase for Sir John Soane, who hoped to inspire his sons and cultured visitors in the pursuit of architecture; this was to be achieved by studying the house as well as the artificial Roman ruins, built north of the manor house. Designed as an advertisement for his own idiosyncratic architectural style with its classical detail, radical colour schemes and inventive use of space and light, he also intended that it would become a suitable residence for his elder son when he became an architect. 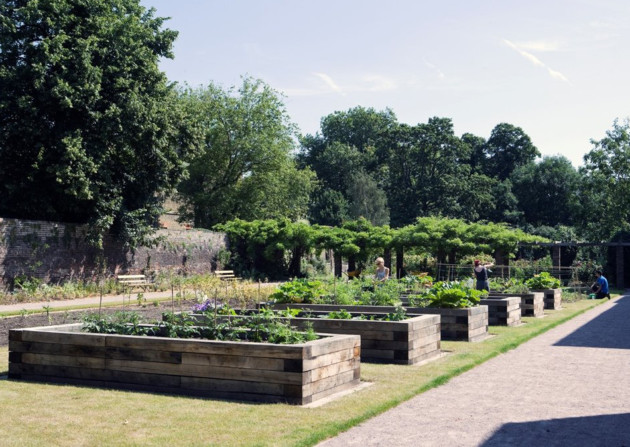 Walpole Park has been transformed by architects Jestico + Whiles in conjunction with conservation and landscape experts. Photo: Sarah Blee/J&L Gibbons

The redevelopment of Walpole Park is part of the major restoration of Sir John Soane’s historic country home situated on the northeast side of the public park. Pitzhanger Manor & Gallery is being separately developed as part of the Heritage Lottery Fund’s (HLF) Heritage Grants programme, with the recent award of a £4.42m grant towards the £10.5m project cost.

Pitzhanger Manor and the grounds which now constitute the 12-hectare park were bought by Soane in 1800, for the sum of £4,500.In 1900 the land was sold to Ealing Urban District Council (UDC) and it was opened to the public with the buildings converted into a public library. Today, Walpole Park is one of Ealing’s premier parks and is the site of the annual Ealing Summer Festival.

Park facilities include a new playground and the new Rickyard learning and education centre, designed by Jestico + Whiles. New visitor facilities, including a café and public toilets alongside storage and support facilities for the park maintenance team and volunteers. Two large water bodies within the park have been redesigned and Soane’s Rustic Bridge on the Serpentine Lake has undergone delicate masonry repairs. The shrubbery walk and a walled kitchen garden have also been renovated, enhancing elements of the original 18th-century landscape.

The restoration of Pitzhanger Manor & Gallery will reinstate Soane’s architectural vision, reveal the Manor’s rich history, make the building more accessible and upgrade the gallery, as well as improve visitor facilities to create a world-class heritage site reconnected with its landscape setting.