Greenwich’s long history has been occasionally bloody, sometimes noble, often world-changing, but always fascinating. This prime stretch of London waterfront was first recorded as being inherited by Alfred the Great in 879. In 1012 an Archbishop of Canterbury, St Alfege, was stoned to death here by Viking raiders. It was Henry VIII’s favourite home and the backdrop when Elizabeth I and her admirals planned the defeat of the Spanish Armada. It went on to be the scientific and naval powerhouse from which the British Empire was born. Yet, while many people know that Greenwich is important to our island’s history, relatively few know the whole story. 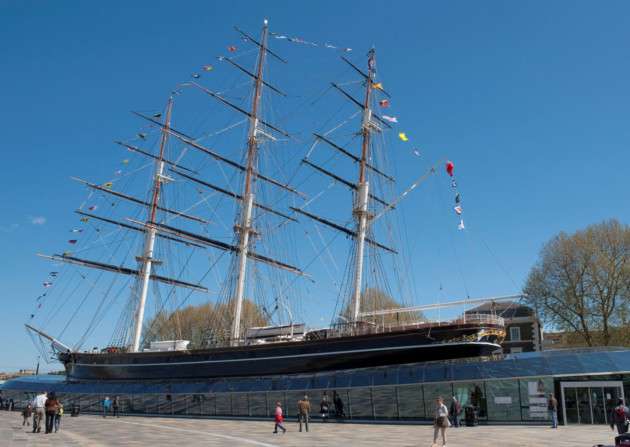 Now a brand new, £6 million visitor centre – Discover Greenwich – will place the complex history of Greenwich in context. The part of London often referred to as “Maritime Greenwich” – now a designated UNESCO World Heritage Site – is actually several historical attractions long associated with royalty and seafaring. These include Greenwich Park, the Cutty Sark, the National Maritime Museum and the Old Royal Naval College, within which Discover Greenwich is located. The new visitor centre links and explains the importance of these various attractions using artefacts, film, modern-day replicas and models. It takes visitors through eight themed areas that uncover the lives of people who have lived in Greenwich. Greenwich is located on the south bank of the Thames, in the eastern side of the capital. It’s a smart, well-heeled area – named a Royal Borough to coincide with the Queen’s Diamond Jubilee in 2012 – with attractive shops and restaurants, all within easy reach of central London via train, bus or boat. More recently it was famous, or rather infamous, as the setting for the Millennium Dome, the vast and controversial exhibition centre built for 2000. Yet one man who might have approved of the Dome was Henry VIII, who loved Greenwich so much in the early, carefree years of his reign. In those times, the river was the easiest way of getting around, so the Tudor court merrily flitted up and down the Thames from Greenwich to Westminster to Hampden Court and on to Windsor. Those falling from grace got off the boat at the Tower of London. In and around Greenwich, Henry built a galleried jousting arena, an armoury and two great naval dockyards. He brought deer to the park for hunting. His palace, Placentia (meaning ‘pleasant place’), had been built earlier and developed during the reigns of Henry’s V, VI and VII, but Henry made it a happy family home – apart from the occasional divorce and beheading at his behest. He married two of his wives here and his children Mary and Elizabeth were both born in the palace.

Elizabeth, in turn, made Placentia her summer home and signed the death warrant of Mary Queen of Scots here in 1585. Hardly surprising then, that when Mary’s son James I became King of England, he immediately gave it away to his wife Anne, apparently as an apology for swearing at her in public after she accidentally shot his favourite dog.

Anne, and later Charles I’s queen, Henrietta Maria, converted the palace’s park into a more formally laid out, continental-style park with terraces and avenues of chestnut trees still there today. Henrietta’s happiness here was short-lived however, and the civil war that ended in her husband being executed also saw her beloved project used as a biscuit factory and a prisoner-of-war camp. The main palace was pulled down after the civil war, but Greenwich Park remains a highlight to this day. Recently there has been a major project to restore the 17th century orchard. Oddities in the park include curiously shaped trees, their tops cut off to give anti-aircraft guns a better line of fire during the London Blitz. However Henry VIII, again, would probably approve of the thunder of hooves again over his favourite turf!

While the main palace was demolished, one building remains from the pre-civil war period, the Queen’s House, designed for Queen Anne by Inigo Jones. These days the house, modeled on a Medici villa near Florence, is part of the National Maritime Museum and used for displaying some of the museum’s fine art collection.

It is the largest naval museum in the world, with exhibits including gifts and letters sent between Nelson and Lady Hamilton and the uniform that Nelson was wearing when he was fatally shot at Trafalgar. Today it is a centre for serious academic study, with 100,000 books, 3,300 nautical instruments and 750,000 ship’s plans, as well as an art gallery, with a massive collection of 4,000-plus oil paintings and 2,500 ship models. For younger visitors there are interactive exhibits, allowing them to steer a ship into a port and even fire a cannon. Exploration is a major theme of the museum, with maps ands artefacts from historical expeditions such as Captain Cook’s ‘discovery’ of Australia, as well as the latest deep-diving technology, such as the Newt Suit; a “submarine you can wear”.

The National Maritime Museum also incorporates the Royal Observatory, commissioned by Charles II and designed by Sir Christopher Wren. In 1675, Charles instructed his first Astronomer Royal, John Flamsteed, to “apply himself with the most exact care and diligence to… the motions of the heavens and the places of the fixed stars so as to find out the much-desired longitude of places for perfecting the art of navigation.” Navigators of the day could work out north-south or latitudinal positions, but there were no accurate ways of establishing accurate east-west or longitudinal coordinates. Indeed it wasn’t until 1759 that John Harrison devised a chronometer that brought longitudinal calculations within the reach of most seamen. You can see Harrison’s chronometers in the museum. The Prime Meridian, or zero longitude, was set to run through the Royal Observatory and is the starting point for all time zones.

Having viewed the models, charts and maps in the museum, visitors can see the business end of life on the ocean at the Cutty Sark, down by the river. Built in 1869, she was the fastest merchant ship of her time, designed to transport tea from China to London in as little as 120 days. Her fastest recorded speed was 666 kilometres in 24 hours, an average of 28 kilometres (or 15 knots) per hour. Currently under restoration after a serious fire, she will be open to the public again in 2011, with a glass frame that will allow visitors to walk underneath her world-beating hull.

The final element of Maritime Greenwich is the Old Royal Naval College. This outstanding group of baroque-style buildings were planned by Wren but took more than 50 years to be finally completed. They were built as a home for elderly and disabled sailors and were the dying wish of Queen Mary II – “the darling object of her life” – when she died from smallpox in 1694. Opening with just 42 blue-coated ‘Greenwich Pensioners’ in 1706, a century later the Royal Hospital for Seamen had 2,700 residents. Cricket was a favourite activity and in one famous match in 1796, a team of one-armed pensioners played a team of one-legged pensioners. Such was their enthusiasm for the game that five wooden legs were broken. With this kind of attitude, you can see why the Royal Navy had so intimidated the opposition and why, by the 1860s, they had run out of people to fight at sea. The subsequently dwindling supply of injured retirees forced the hospital to close in 1869.

However, this was not the end of the building’s maritime association. Soon after, it became the Royal Naval College (RNC), operating under the motto ‘by wisdom as much as war’. A highlight of a visit today is the Painted Hall, which is widely considered to be one of the most sumptuous dining halls in the western world. It was painted by James Thornhill over the course of 19 years from 1708 at the cost of £3 per square yard for the ceiling (£1 for the walls) and a knighthood. Following its completion it provided a fitting place for Nelson’s body to lie in state on his return from Trafalgar in 1806 and for 27,000 other heroes – the naval officer cadets who passed through the college during the Second World War – to eat their lunch. Historian David Starkey describes these buildings as: “an outstanding example of royal benevolence and a reminder of our imperial past – the noblest group of buildings in England, in an incomparable setting.”

The navy left the building in 1998 and the new Discover Greenwich visitor centre is the crowning glory in bringing Maritime Greenwich together as an outstanding visitor attraction for the future. It aims to set all the architecturally stunning buildings and historic landscapes of the Maritime Greenwich World Heritage Site into a proper chronological and historical context and become the place for visitors to gain a better understanding of the area and what makes it so special.

At the heart of the attraction is a large circular model of the World Heritage Site with lightshow that takes visitors through the history of Maritime Greenwich. Stand out exhibits include scale models of Henry VIII’s palace and tiltyard, gold coins from the reigns of Edward IV and Henry VII and a reconstruction, complete with music and incense, of Greenwich Palace’s chapel, where Henry VIII married Anne of Cleves. Also on display is a witch’s bottle from the 1600s, containing fingernails and hair, which was designed to ward off a curse; replicas of the cabins in which pensioners at the Royal Hospital for Seamen lived and a replica of JASON – a low-power nuclear reactor used for naval training.

Themed exhibitions in the centre include a display highlighting the work of Greenwich’s ‘grand designers’ such as Inigo Jones, Sir Christopher Wren, Nicholas Hawksmoor and James ‘Athenian’ Stuart, who all played their part in shaping the buildings and landscapes of the World Heritage Site.

In contrast another display documents some of the millions of journeys that started or finished in Greenwich, including those by great seafarers like Sir Walter Raleigh, Vice-Admiral Lord Horatio Nelson and Admiral John Byng and by great vessels such as the Cutty Sark and the Great Eastern.

Speaking at the opening of Discover Greenwich, London Mayor Boris Johnson said: “Greenwich has long sat at the epicentre of our cultural heritage – encapsulated both in the Prime Meridian’s international measure of time and the great seafaring history of Maritime Greenwich. The new centre will offer Londoners and visitors from the UK and across the world the opportunity to learn more about the fascinating history of this place.”

For more information about Maritime Greenwich and Discover Greenwich, visit www.greenwichwhs.org.uk or contact Greenwich tourist information office on 0870 608 2000 from the UK, or +44 208 293 0673 from overseas. Alternatively, send an email with your questions to tic@greenwich.gov.uk