A little-known Swiss Garden created in the heart of Bedfordshire in the early 1800s re-opens to the public tomorrow (31 July) after a vital £3.6m restoration project has saved its crumbling fairytale-style landscape and buildings. Looking as though it has stepped off the pages of a children’s storybook, the quirky buildings, bridges and ornamental structures of the Swiss Garden act as focal points on a magical journey past woodland paths, grassy glades and tumbling water. The recent restoration project at the site has transported the nine-acre garden back to its Regency appearance, when its creator, Lord Robert Henley Ongley dropped this ‘alpine’ landscape into its unlikely Bedfordshire setting close to Biggleswade. 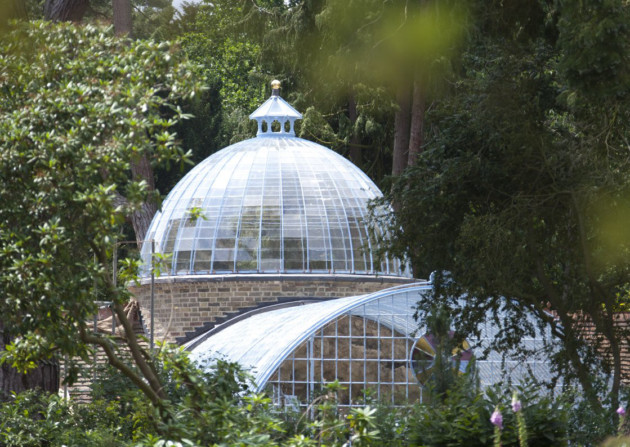 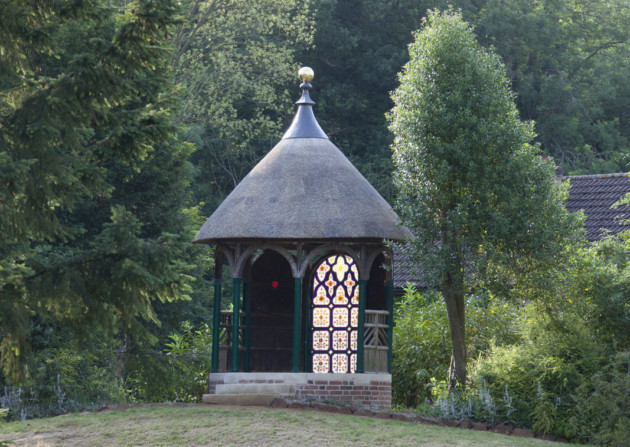 Previously hidden behind the hangars of The Shuttleworth Collection aviation museum, the Swiss Garden is now set to take equal billing and prominence as a visitor attraction. The garden’s 13 listed buildings and structures have undergone careful conservation using traditional materials and techniques where possible. The Swiss Cottage creates the centrepiece of the garden and has been re-thatched using water reed from Norfolk, its finials re-gilded with 23 carat gold leaf and missing or broken rustic decoration replaced using slices of Monterey Pine cones and hazel and willow twigs. Over 25,600 shrubs and 8,400 bulbs have been planted in 53 beds and 340 metres of path laid using 300 tones of gravel. Lost vistas have been reinstated re-creating the scenic windows which opened onto very deliberate ‘stage set’ views of buildings, bridges, urns, arches and other garden features as originally intended by Lord Ongley. 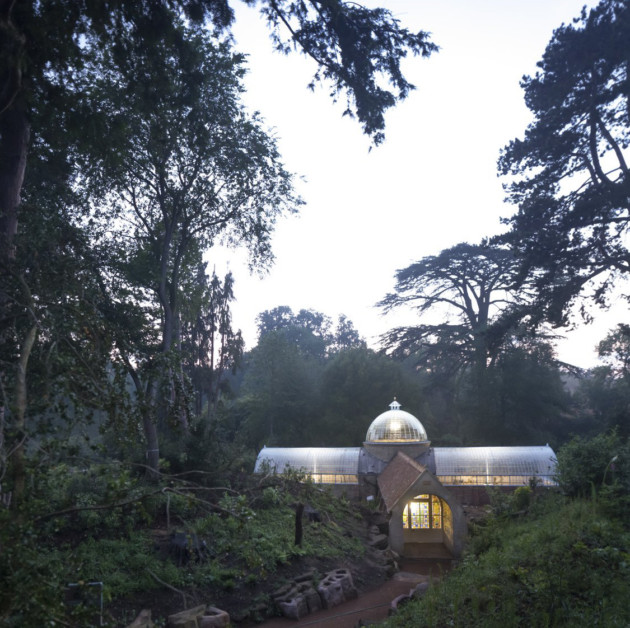 With the original layout of the Swiss Garden so intact, it is one of the best surviving Regency gardens in the country – and a unique example of the ‘Swiss Picturesque’ style. Located close to Lord Ongley’s mansion within the park that was a fraction of his 2000-plus acre Old Warden Estate, it took eight years to create and was completed in the 1820s.

With his fortunes waning, Lord Ongley sold the estate to industrialist Joseph Shuttleworth in 1872, who set about ‘improving’ the garden, which was by then in decline. He re-worked some of its features, introduced new plants and created a formal terrace and broadwalk to host elaborate garden parties and pageants. These Victorian features have also been restored, including some of the artificial Pulhamite rockwork he introduced, although he retained the ‘essence’ of the original Regency garden, including its layout and buildings.

After the Second World War, the garden gradually fell into a perilous state of disrepair. In 1976 a partnership was formed between the Shuttleworth Trust and Bedfordshire County Council, who took over the lease and undertook some repair and restoration work, although the Shuttleworth Trust is responsible for the garden’s day-to-day management. The garden and its buildings, along with the surrounding registered landscape of Old Warden Park, were placed on the English Heritage Heritage At Risk Register. The restoration works now mean that the Trust can request English Heritage to take the garden off the register.

”Thanks to the HLF grant, we have been able to reverse the fortunes of this remarkably rare garden and with the help of local volunteers and apprentices, we aim to keep it looking pristine again.” Said Una Watts, General Manager. “With its magical charm and lovely natural setting we expect it to become as much of a draw as the aircraft museum in the future and to be enjoyed by many thousands more than ever before as these two sides of the Shuttleworth story combine to make a great day out for both aviation and garden enthusiasts,”

From July 31, the Swiss Garden is open from 9.30am to 5pm daily and admission is £8 for adults and £7 for seniors with children under 16 free. Joint tickets, to include entry to the Shuttleworth Collection are £17 for adults and £16 for seniors. The Shuttleworth Collection has almost 50 aircraft on display dating from 1909 and vintage cars and stages regular air displays.

Win a luxury escape to Woburn