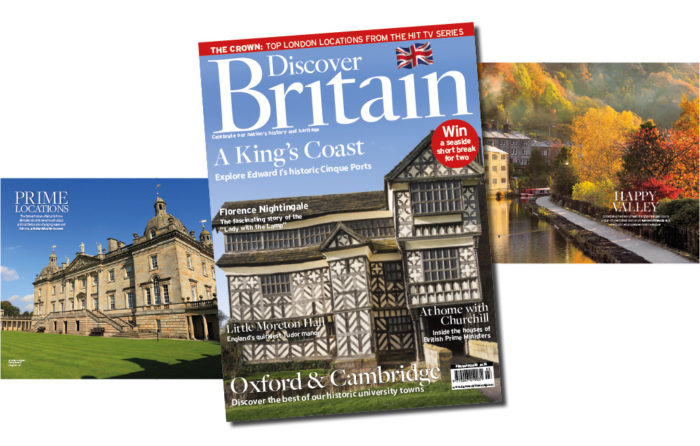 From the Cinque Ports in the south to the Scottish coast, we discover some little-known destinations that once held huge historical significance.

The British Isles is a relatively small landmass, about a twelfth the size of the United States, yet it never ceases to amaze us how many new and interesting places there are to discover. In this new issue, we were keen to draw your attention to just a few of these lesser-known delights.

We kick things off with the Cinque Ports, a confederation of five coastal towns that were key defences in the reign of King Edward I. Aside from Hastings, the ports are unlikely tourist destinations, yet filled with maritime history. Our cover feature looks at Little Moreton Hall, a Tudor manor so rickety that it looks like it might collapse like Buster Keaton’s house at any moment. This issue is full of surprises, showing once more how Britain is full of history, heritage and brilliant stories at every turn.

Elsewhere there are in-depth guides to Yorkshire’s bohemian Calder Valley and the Angus town of Arbroath, famous for its smoked fish and a 700-year-old declaration of national importance

ALSO INSIDE THE ISSUE: