Home to a Cistercian abbey, Georgian water garden and Jacobean Hall, Fountains Abbey and Studley Royal is a unique estate that has attracted people to this part of the Yorkshire Dales for centuries. 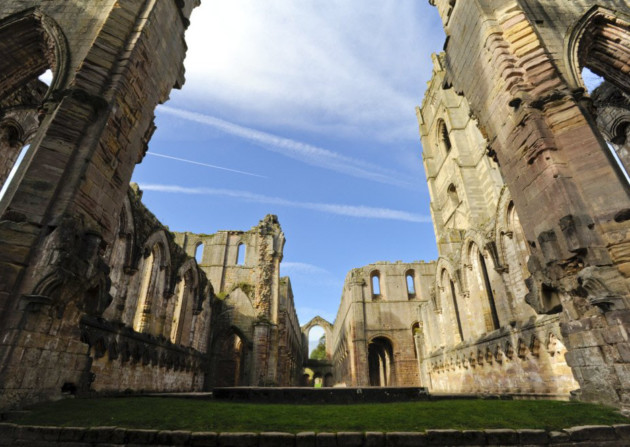 Set against the beautiful backdrop of the Yorkshire Dales, two miles from the North Yorkshire town of Ripon, Fountains Abbey and Studley Royal is a place of superlatives. Described by UNESCO as “a masterpiece of human creative genius constructed over 800 years”, this 822 acre park, complete with the ruins of a Cistercian abbey, Georgian landscaped water gardens and assortment of historic buildings, was awarded World Heritage status in 1986 in recognition of its spectacular setting and impressive array of architecture left by its former owners through the centuries. Entering Studley Royal Park along a long driveway, taking you past woods, pastureland and scurrying pheasants, it’s easy to see what attracted the 13 Benedictine monks who came here in 1132 and founded Fountains Abbey in the peaceful Skell Valley. Initially described as a landscape ‘more fit for wild beasts than men to inhabit’, monastic life flourished here. There was shelter from the weather and abundant water, stone and timber. Within three years, the little settlement at Fountains had been admitted to the Cistercian Order. Under its austere rules the monks led a simple life, committed to long periods of silence and a meagre diet. The monks wore course habits made of sheep’s wool which earned them the name ‘White Monks’. By the middle of the l3th century the Abbey had grown in size and stature to become one of Britain’s richest religious houses, accumulating wealth from farming, mining lead, working iron, quarrying stone, tending sheep and breeding horses. 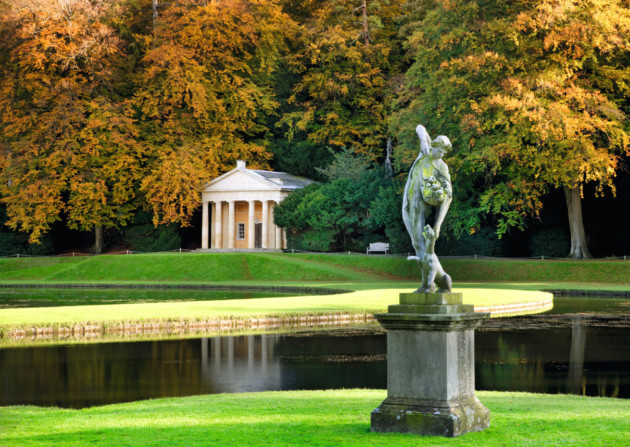 The first sight of the Abbey, just a short walk along a winding path from the visitor centre, is both surprising and inspiring. Looking from above, down a grassy slope fringed by trees, the remains of the abbot’s and chapter houses, cloister, refectory and cellarium dominate this end of the valley on the banks of the River Skell. For those who want to explore further, the ruins are refreshingly accessible and you can wander around unhindered while imagining what the original building must have looked like, as well as the lives of the monks that worked and worshipped here. Destroyed over the centuries by successive wars, Henry VIII’s Dissolution of the Monasteries and the changing fortunes of a string of private owners, today’s abbey is but a shell of the formidable building that stood here in its prime, although it is fortunate that there is so much left to see and admire – not least the vaulted ceiling of the Cellarium which is remarkably intact. After the closure of the monastery in the late l530s, the partly demolished abbey and 500 acres of land were bought from the Crown by Sir Richard Gresham, a wealthy London merchant. In 1597 Gresham sold the estate on to Stephen Proctor, who set about creating Fountains Hall – an elaborate Jacobean mansion with a medieval layout inside that was partly constructed using stone from the abbey ruins. Built during the prosperous final years of the reign of Elizabeth I, the mansion has a striking façade with symmetrical lawns flanked by topiary. Inside, Proctor installed a stone staircase taken from the abbey, while the windows and main façade were created using freshly cut limestone. If you look closely enough you can still spot Sir Stephen’s initials and crest (an otter with a fish in its mouth) carved in stone above the entrance. Among the visitors that Proctor entertained was the ill-fated Charles I, who stayed here as a prince during his first royal progress from London to Edinburgh in 1604. 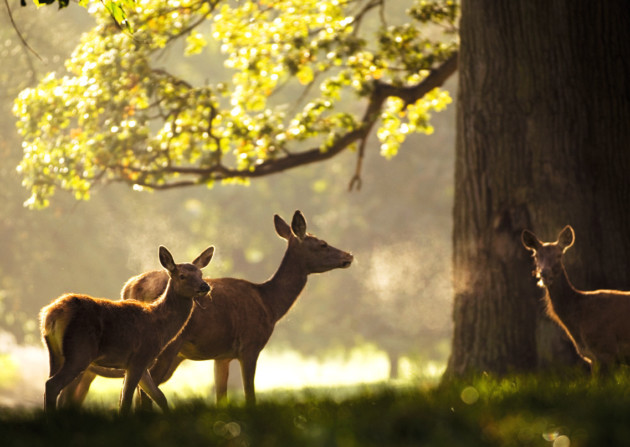 Following Proctor’s death in 1619, the hall and abbey passed on to his relatives, the Messenger family, who resided here until 1768 when local landowner William Aislabie purchased the estate for £18,000. William had a vested interest in buying the estate. Having recently inherited the neighbouring Studley Royal estate, William became the first to bring the park, abbey and hall together under one owner. In doing so, he fulfilled the longstanding dream of his father, local MP John Aislabie, who had embarked on a visionary scheme to transform this sweep of Yorkshire countryside into England’s most spectacular Georgian water gardens. Between 1718 and 1742 John had achieved this by canalising the River Skell, shaping the ponds into a formal geometric design, planting trees around the water’s edge and adding a series of follies and classical statues that can still be seen today. Those to look out for include the Banqueting House, designed by distinguished Palladian architect, Colen Campbell, and The Temple of Piety, a perfect example of neo-Classicism and one of the most photographed vistas in the Water Garden. However, the real highlight of a tour of the gardens comes at the end of the High Ride and is known as ‘The Surprise View’ or ‘Anne Boleyn’s Seat’, where you can enjoy views of the abbey ruins in the distance. As the new owner, William continued his father’s work by landscaping the Seven Bridges Valley and abbey grounds in order to show Fountains Abbey and Studley Royal as a single entity for the first time. Sadly William’s affection for the gardens did not extend to Fountains Hall and the house became more or less redundant while he administered the estate from his primary residence, Studley Royal House, which once stood in Studley Royal’s deer park (the house was later destroyed in a fire in 1946). Under William’s ownership Fountains Hall was leased to various tenants and at one time parts of it were even used for farm storage. Between 1928 and 1931 the Hall was rescued by the Vyner family, who financed extensive repairs with many internal additions. During the 1930s the rejuvenated mansion played host to royalty once again when the Duke and Duchess of York (later King George VI and Queen Elizabeth) came to visit their friends Clare and Doris Vyner, who were the last private owners of the estate.

During the Second World War, the Hall and other estate buildings were used to house evacuees, including pupils of Queen Ethelburga’s School near York. However, after the war, the hall fell into a state of disrepair once again until the National Trust acquired the estate from North Yorkshire County Council in 1983. Following an extensive restoration program, three of the hall’s rooms are now open to the public, while the Great Chamber, with its medieval oriel window, is used as a function room for special events such as weddings. For visitors wanting to experience life here firsthand it is possible to rent two National Trust holiday apartments within the Hall that have been named Proctor and Vyner after the mansion’s first and last occupants. This desire to return the estate to a semblance of its former glory has manifested itself in other ways on the estate, including a scheme to restore the nearby 12th-century Fountains Mill, which is the estate’s oldest building and the only 12th-century Cistercian cornmill in Britain. Over the years it served as a sawmill, a stone masons’ workshop, a generating station for electricity and a home for refugees during the Second World War. However, a major conservation project has seen it transformed back into a working mill, where you can have a go at grinding corn, see the Mill wheel in action and have a look at artefacts from monastic times. If you still have enough energy after exploring the abbey ruins, Fountains Hall and Aislabie’s 18th-century water gardens, it is well worth taking the time for a stroll around the deer park at Studley Royal that once surrounded Studley Royal House.

With so many attractions, Fountains Abbey and Studley Royal have been an official visitor attraction for a long time. As early as l732 travellers had dubbed it ‘The Wonder of the North’ – a description the National Trust still uses today.

Full Steam Ahead: The Keighley and Worth Valley Railway

Win a foodie holiday in Yorkshire