Oh, we do love to be beside the seaside. As the sun comes out, we round up the best hotels in Britain which enjoy lovely locations by the sea.

Overlooking Carne Beach and surrounded by National Trust land, the Nare Hotel has been rated by the AA as the best hotel in Cornwall every year for the last 15 years. The hotel is in the perfect position for exploring the Roseland Peninsula with its secret creeks, hidden churches and legendary gardens – the Eden Project and Lost Gardens of Heligan are a short drive away – while St Ives and St Michael’s Mount are accessible in a day trip. It even has its own yacht, a Cornish Crabber called Maggie O’Nare, available for private hire. But with the hotel’s famous country-house comforts and unbeatable location, you may find you want to stay closer to home. 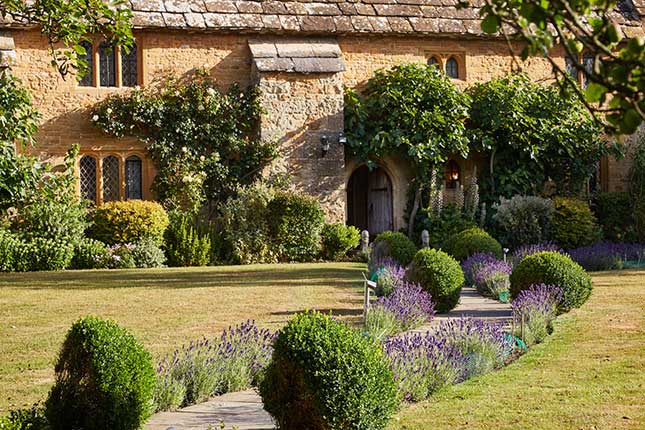 Built in the 1920s, Bailiffscourt Hotel and Spa was created from authentic materials collected from derelict buildings dating back as far as the 13th century. Its story began when Lord Moyne, then Walter Guinness, charged antiquarian and architect Amyas Phillips to create a house in the medieval style favoured by his wife, Evelyn. Phillips went on to landscape the garden too and Lady Moyne lived there until her death in 1938. With narrow passageways, oak beams, flagstone floors and four-poster beds inside, and 30 acres of parkland, a moat and rose-filled courtyard beyond its walls, the captivating property is a short walk from pretty Climping Beach. 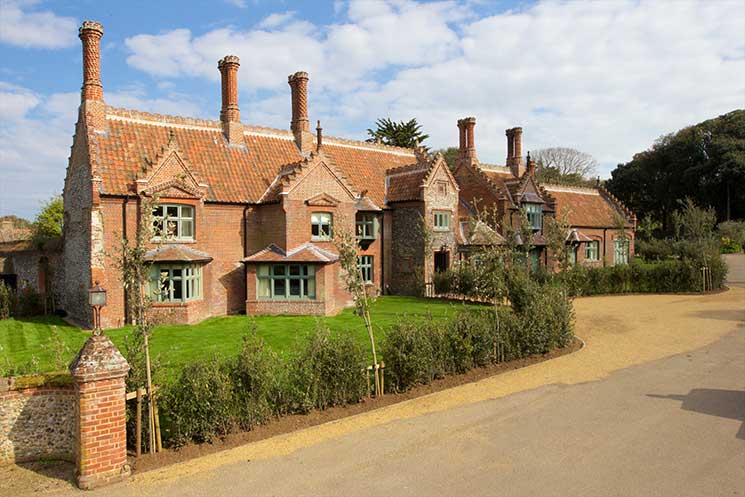 One of Britain’s most beautiful beaches, the golden sands of Holkham came to the world’s attention in the closing scenes of 1998’s Oscar-winning Shakespeare in Love. Just a short walk away from the beach and the ancestral home of the 8th Earl of Leicester, Holkham Hall, the Victoria Inn has recently been extended with the opening of the 16th-century Ancient House. Featuring 10 stylish rooms, including three split-level suites, Ancient House overlooks the National Nature Reserve and boasts a walled rose garden. Dining at the main hotel includes shellfish, fish and samphire from the north Norfolk coast and beef from the Holkham Estate. In a wildly romantic clifftop location overlooking Durham’s heritage coastline, Seaham Hall was the location of the wedding of the Romantic poet Lord Byron to Anne Isabella Milbanke in 1815. The latter’s father, Sir Ralph Milbanke, built himself an impressive new house overlooking the North Sea coast in 1791. While his daughter’s marriage to Byron was not a huge success, it did produce one remarkable offspring: mathematician Ada Lovelace. Situated in 37 acres of landscaped gardens, Seaham Hall has been restored to its former Georgian splendour with an award-winning Serenity Spa and the aptly named Byron’s Restaurant. With breathtaking views across Morecambe Bay to the Lake District fells, the Midland Hotel stands white and gleaming on Morecambe’s seafront like an ocean liner. The sight will be a familiar one to fans of Agatha Christie. The iconic edifice, epitomising Art Deco elegance, has been visited more than once by Hercule Poirot on screen – and it’s easy to see why. Designed by architect Oliver Hill, with interiors by Eric Gill and murals by Eric Ravilious (sadly subsequently lost), the 1930s hotel has recently been lovingly restored. Unwind after a coastal walk with the Midland’s legendary afternoon tea in the Sun Terrace Restaurant with magnificent sea views.